How To Identify Schwinn Model

Seeking antique Schwinn bicycles is an interesting hobby for cyclists. The Schwinn logo is prominently featured on Schwinn bicycles, making them easy to recognize. However, you can recognize a genuine Schwinn bike by looking for the serial number. The registration number will also tell you when the bike was manufactured, which will help you determine how much the Schwinn bike is worth.

What are Schwinn Bicycles?

Schwinn has been a market leader in the cycling industry for more than a century. Arnold, Schwinn & Company was founded in 1895 by Ignaz Schwinn and Adolph Arnold, who were partners at the time. When automobiles became more accessible, the demand for adult bicycles decreased. Arnold sold his business to Schwinn, who saw the value of producing and selling children’s bicycles. The demand for children’s bicycles continued to expand as technological advancements allowed for cheaper prices.

If you’re looking for an antique or retro bicycle made by this well-known brand, you’ll have a lot of choices. The cost of a bike model varies greatly based on its state, age, availability, and attractiveness. A retro Schwinn Breeze in need of renovation, for example, can be obtained for as little as $70. A 1920s Schwinn Excelsior with original color, on the opposite side, will cost up to $900. There are many places to visit whether you’re shopping for a fixer-upper or a brand-new bike. 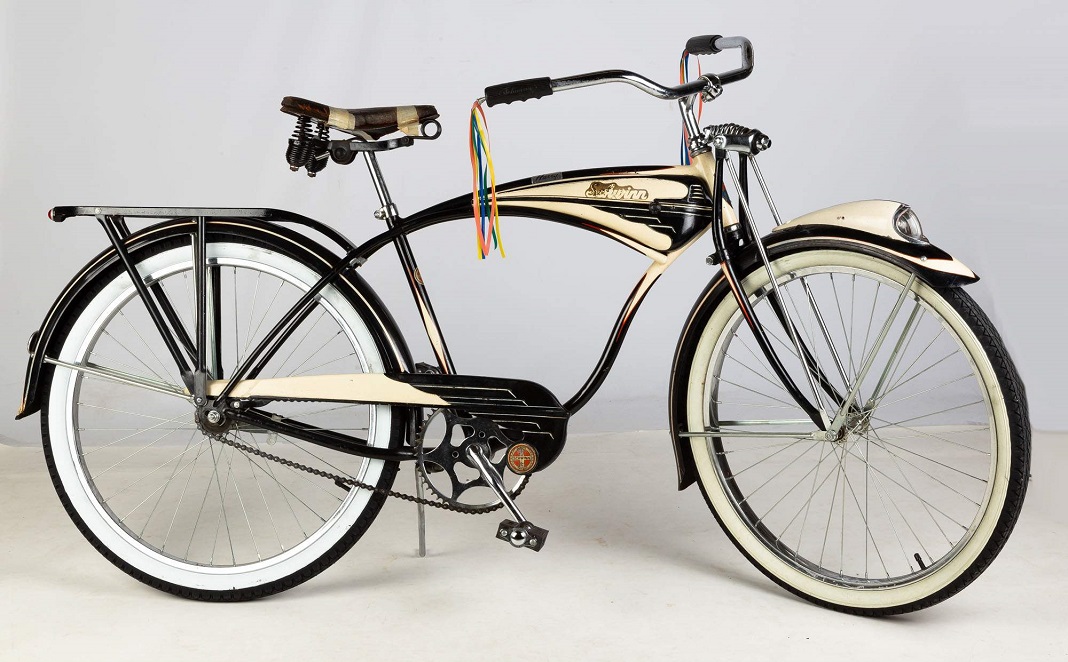 eBay is a great place to start. Schwinn bikes, as well as other antique and vintage pieces, can be found on eBay. Many of the Schwinn models from the second half of the twentieth century are on display, as well as some older ones from the manufacturer’s roots. Components for Schwinn bikes of all age groups are also available. If you’re buying a retro Schwinn on eBay, make sure you ask a couple of questions about the state of the bike. Bear in mind that shipping costs can add up quickly, like packing and storing a bike can be expensive.

Old Roads sells antique bicycles from a variety of manufacturers, including Schwinn. You can search their inventory online, and they also have a range of tips about how to evaluate a bike’s condition. Every one of the bikes is geared up by experienced cycling mechanics until they are sold.

Craigslist can be a perfect spot to find an antique Schwinn for a good price, even though the product range is continuously evolving. If you’re looking for a bike right now, this isn’t the place to go, but if you’re vigilant and keep an eye on the listings, you could just find the antique bike of your fantasies.

While looking for an antique Schwinn online can yield results, local shopping services can yield better results. Bicycle shops and repair shops also stock used or antique bikes, and they may have some lovely Schwinn models on hand. Vintage Schwinn bikes can also be seen at garage sales, auction sales, antique stores, and flea markets.

How To Identify Schwinn Model?

Schwinn bicycles are some of the most popular bikes on today’s market, and Schwinn bicycles are easy to identify by looking at their logo. The serial number will also indicate when it was made which can help you estimate how old or valued your specific model might be!

You can also consider the following points to get the answer on how to identify Schwinn model.

Keep an eye out for the balloon frame. The curved bar in the center of the frame, also recognized as the balloon frame, is what makes Schwinns so famous. This frame isn’t seen on all Schwinns. Other common design types, like 10-speed or trail bikes, are seen in some Schwinns.

Keep a watch for balloon tires. Balloon tires are designed to go over sand and have a larger diameter and width than most other bicycle tires. Schwinns are also known as beach cruisers because of this.

Look for a seat with a lot of room. The balloon frameworks will also have a big seat that will suit most people’s normal bottom sizes. Schwinn coastal cruiser seats can be anywhere from 10 to 12 inches high.

Look for the bicycle’s number plate to identify Schwinn Model. Number plates are used on the right rear axle mount of Schwinns built around 1960 and 1969 (this mount ensures that the wheel is intact). For Schwinns manufactured between 1970 and 1979, check for the number plate on the bottom head tube (right next to the front axle). A registration number is normally placed on the bottom bracket shell of those manufactured after these dates. Search for the number plates B12818 or Z12993 on Schwinns made before 1948.

Consider the number plates on bicycles manufactured between 1959 and 1964. Until 1959, there was no real method for numbering Schwinn cycles, but serial numbers usually included six or seven numbers and letters. For a database of number plates from 1949 and 1959, go to Re-Cycle.com. Between 1959 and 1964, bikes began with a letter indicating the month of manufacture (A=January, B=February, and so forth), accompanied by a digit indicating the year (9=1959, 0=1960, and so on).

Examine the serial numbers of bicycles manufactured between 1965 and 1982. The numbering scheme was altered. The first letter still denotes the month in which the bike was built, while the second letter now denotes the year. A serial number beginning with AA, for example, indicates that it was manufactured in January 1965, BA in February 1965, CC in March 1967, etc.

“S” at the Front of Number Plate

Look for the “S” at the front of the number plate to distinguish between Le Tour and Super Le Tour Schwinn models. These bicycles were manufactured between 1972 and 1986. A letter indicating the month of production would be in the second place, and a number depicting the year would be in the third place. Compare the date of manufacture from the number plate, the specification displayed on the bike, and the overall graphic style to a Schwinn price table like the one seen at OldRoads.com. OldRoads.com will have some photos and information of Schwinn bicycles.

The number plates on the back-left axle hanger of the 1979 Chicago-built Le Tour and Super Le Tour variants start with ‘S,’ followed by the regular letter/number pattern. Number plates can be found on the left rear axle hanger, the bottom bracket shell, or the lower part of the head lug on Japanese bicycles.

A manufacturing month letter should be in the first or second place on the number, with a manufacturing year number in the other (first or second) position. J677123 = September 1976, for instance. Any Schwinns built in Japan will have a 4-digit marking on the head badge that reflects the assembly day and includes the ordinal day and the last digit of the year.

In 1976, Schwinn’s domestic manufacturing began using ordinal dating. The month location of the frame serial number on certain Japanese bikes might have ‘X’ in it. This was used to carry the physical year of manufacturing, for example, ‘X9’ — December 1979, apart from the model year of the remaining production for that model, 1980. This method may also be used to go back to January of a prior year.

A date code in the format ‘Gmmyy’ can be found on some Taiwanese (built by Giant) Schwinns (on the right rear spindle or the bottom bracket shell). The letter “G” is accompanied by a two-digit month code (01 = January, for example) and two additional digits for the production year (80 = 1980, for example). A good example is ‘G0680,’ which stands for “Giant, June 1980.” The letter “S” is followed by a letter for the month of manufacture and a single number for the year of creation (8 = 1978) on Japanese-built LeTour (and Super LeTour) numbers (1978). SC84652 decrypts to March 1978, for instance.

Search other images of the specific bike style online at places like eBay.com or SchwinnBike.com to relate to the bike you’re interested in. However, SchwinnBike.com does not have a large retro bike index with which to contrast earlier versions. Look for bikes on eBay with a specific serial number to maximize the chances of using a genuine Schwinn as a comparison to the bike you’re interested in.

Assessing the real value of the Schwinn bikes is also something that you should consider. If you’re thinking of purchasing or selling an antique Schwinn, you’ll want to see how much it’s worth first. A bike’s worth is largely determined by its condition. Examine the paint, tires, spokes, and all other components of your bike to decide its condition. Identify the model if that is necessary.

Before purchasing a vintage Schwinn or evaluating its value, have a look at some popular vintage Schwinn bicycles. The Schwinn Company has produced hundreds of bicycles in different types over the years. The details of two of the most famous of these antique gems are shown below.

The first Schwinn Black Phantom bicycle was produced in 1949 and lasted ten years. Initial Phantoms are extremely rare and highly sought for by enthusiasts. In 1995, the company released a limited edition of the original design. Below are some of the exclusive characteristics of this iconic bicycle, which was available in black, red, green, and blue:

Schwinn Sting Rays were made from 1963 to 1979 and were regarded as one of the best bikes of the period, at least by young people. With a banana seat, 20-inch tires, and elevated handlebars, the Sting Ray was a one-of-a-kind motorcycle. These bikes were made in a variety of models of 1, 2, 3, and 5-speed transmissions. Some of the different styles are mentioned below.

A fat rear tire, rear shock, and a 16-inch front tire with a springer front end were all part of the Sting Ray Karate series. Each Karate was painted in neon hot rod colors and featured the iconic Stik-Shift. The Karate models come in a variety of colors, including:

Why Should You Buy Schwinn Bikes?

Before you make the final purchasing decision, you should know why you should buy Schwinn bikes in the first place. Here is a list of the comprised reasons:

Quality of the Components and Frame: The majority of vintage steel bicycles were handcrafted by skilled artisans. Many constructors have made or changed their parts. Lugs were filed and brazed with precision, and every level of processing was scrutinized to ensure a long-lasting model.

Even if they are around eight decades old, all of the antique frames are in perfect condition. The majority of today’s production bikes are not made to last a generation. If you want a bike to cherish and hand on to coming generations, order a personalized bike or purchase a Schwinn bicycle for a fraction of the price.

The Correct Size for Small Riders: Frame makers took great notice in the 1930s and 1940s, when French cyclo-touring was at its peak, to ensure that both men and women riders had frames and wheel sizes that were suitable for their size and weight.

Many instances of well-designed smaller frames can be found that have no toe overlapping and can be conveniently stood on by using smaller tires and shortened cranksets. Almost every bike sold today has 700c wheels and a weak front design, which means it can handle badly at low speeds. A new rider may become frustrated, believing that they aren’t “hard enough” to put up with their difficult bicycle.

Final Words before Departing – How to Identify Schwinn Model

You are part of the infatuation many people have with these lovely, vintage, pedal-powered bikes, whether you dream of restoring your childhood Sting Ray, hanging your sparkling red Phantom on your basement wall, or accumulating a huge set of antique Schwinn bicycles. Hopefully, you found this article to be informative and helpful regarding Identify Schwinn Model. Thank you for reading! 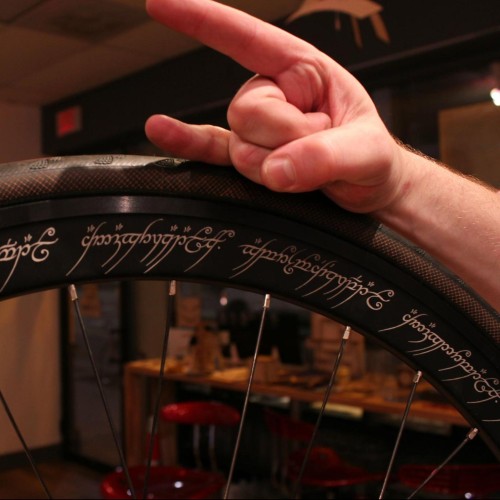 How Much Does A Bike Cost? – The Answer Might Surprise You